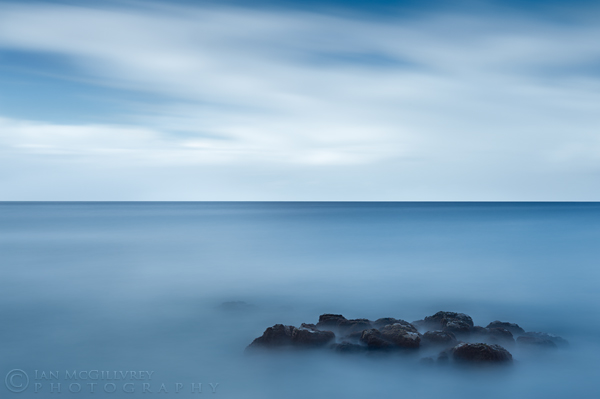 After posting this image on Facebook a little while back, a comment left by my good friend Peter Carroll sparked an idea that I thought was worth exploring a little further. After I jokingly suggested that a certain piece of gear had come “to the rescue” on this shot, his comment suggested, in a very complimentary way, that instead I had wisely chosen that particular tool to create the image. While I wouldn’t go so far as to say that great wisdom very often frequents my decision making process, every once in a while things do seem to come together for me, and I end up with a nice photo.

I find it’s often a challenging process of trial and error (believe me, lots of error most days!) to really capture the scene and tell the story I’m looking for. That’s where Peter’s comment about tool choices comes into play. With all the different tools we have available to us in our camera bags these days, it can sometimes be overwhelming just knowing where to start. That’s where knowing your gear, what it can do, and how to use it becomes so important. Even more importantly to the process however, is the concept of visualizing what it is you’re trying to capture to begin with. Putting these things together well, is what takes you from just making random snap shots and hoping for something to work, to actually making intelligent and intentional choices behind the camera and creating your own images.

In the case of this image, after trying a few other wide angle compositional ideas on this scene (which I’ll share in a future post), I made the decision to try something more minimal and simplistic. I noticed this group of rocks that were separated from the rest of the shore line and set up this composition. This shot below is pretty much how it would have looked if you had been standing there with me. I was shooting with my 24-70mm lens set at 58mm giving this a pretty normal perspective. My polarizing filter was already in place to cut the reflections on the surface of the water and, if memory serves me correctly, I believe I was using a 2 stop hard edge graduated filter as well. 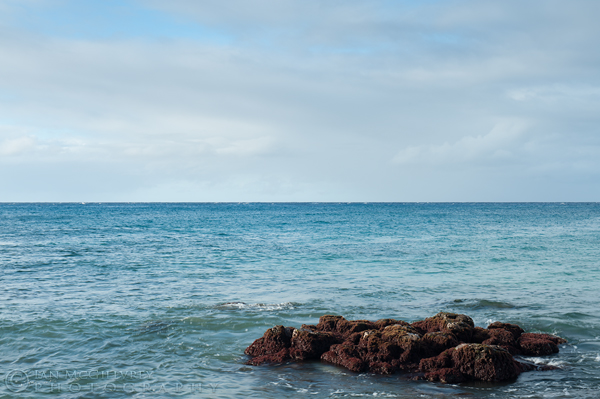 This wasn’t the shot I had in mind yet, though. I wanted to create something a little more abstract looking as opposed to this very literal interpretation. I was going to use a long exposure to smooth out the surface of the water to help isolate the rocks even further, and show the motion of the quickly moving clouds. To accomplish this, I used my 10 stop solid nd filter (Lee Big Stopper) to allow me to lengthen my exposure time to 1 minute. Over the course of those 60 seconds, the motion of the water was recorded as a beautiful blur and I got some nice streaking clouds in the sky. In short, the result was pretty much exactly what I had hoped to capture.

Going back to the Facebook conversation that started this whole thing, the Big Stopper was the piece of gear we were talking about. This filter was what made it possible to capture the image I had in mind. Without it, I couldn’t have made this shot. But what’s important to note is that it was not luck or chance circumstance that put the filter on the front of my lens that morning. It was a series of calculated decisions that were made with the clear intention of creating this final image. Whether you want to call it wisdom as Peter so kindly did, or not (I’d lean more towards not if I were you) is up to you. I’d say I just got lucky with a good idea and happened to have to tools I needed to pull it off.

There’s something extremely satisfying about the process of seeing an image (or the potential for an image) in your mind and then being able to put all the right tools in place and watch it come together in front of you. It certainly doesn’t always work out for me, but it’s sure nice when it does!

2 thoughts on “The Right Tool For The Job”