Here is a shot from a sunrise shoot last week up on the Icefields parkway. It was an interesting morning with lots of heavy low lying fog moving in and out. The fog was so thick when I composed these shots that I didn’t even really know exactly where the peak was going to be in the frame! I liked the lone tree on the other side of the pond and decided to place it right in the center of the frame for a more symmetrical composition. The fact that the peak was centered above the tree was a little bit lucky. I was gambling a little bit, hoping the fog would lift or break up as the sun was starting to light up the peaks. While it didn’t go quite as I’d hoped and I think I probably missed the best light behind one particularly thick patch that rolled in for a while, there were a couple nice moments that I was able to make a decent click.

I’ll post a couple more from this shoot later this week. I hope you enjoy these first couple: 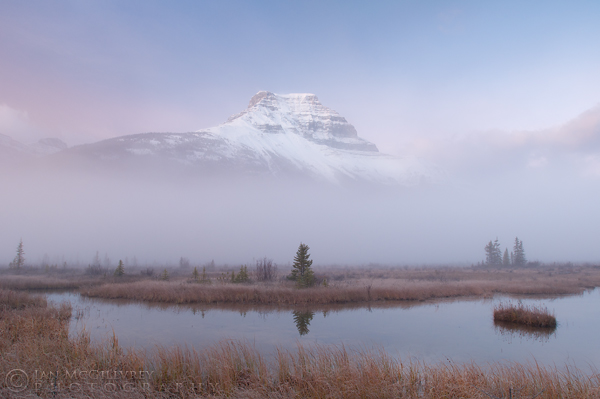 I decided to with a 4×5 crop on this next one only because of how much clear sky there was left above the top of the mountain. As I said, I was kind of working blind when I composed this and couldn’t see at all where the peak was. 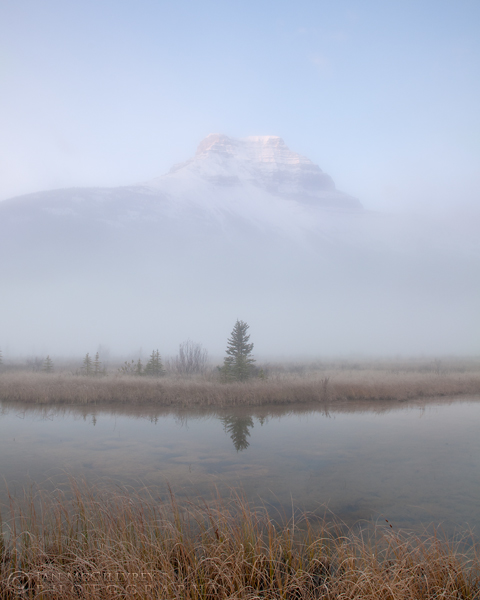 2 thoughts on “A Foggy Morning”