Well, I’m going to be honest here, I’m not very impressed with myself this week. In the busyness of life and work over the last 2 weeks, I did not get out shooting at all until late yesterday afternoon. I’m not trying to make excuses, I’m merely stating the reality that I did not make the time to shoot due to the other things I was doing instead. My intention in starting this weekly photo assignment was to push myself to get out more regularly and consistently put more time into making images. I feel like I just haven’t done that in the last couple weeks, and not surprisingly, it shows.
Landscape photography takes time. There just isn’t any way around that unfortunately. It takes time spent scouting locations, exploring the scene, working compositions, watching weather conditions and light, often returning later when the light is right (usually many times!), and so much more. If you’re after great images, there’s just no substitute for putting in the time, and that’s precisely what I did not do.
This image was one of only a few frames I shot last night out in Kananaskis. Not only did I not put in much time this week, I was incredibly inefficient with the time I did spend out shooting. Instead of settling in on a location early on while there was still some daylight left and just working for some images, I hurriedly looked around and drove up and down the road looking for something better, or more interesting, or in nicer light, or, or, or… you get the idea. All I did was waste my time. I eventually just stopped at a spot and realized that I needed to get down to business and do some shooting before the sun went down completely. This is the best I came up with in my rushed attempts to find something and make a shot, and frankly I’m not crazy about it.
So, I guess maybe this week’s post is less about the photo and more about a lesson learned on my part. Now, to make some time this next week to get out and do some shooting! 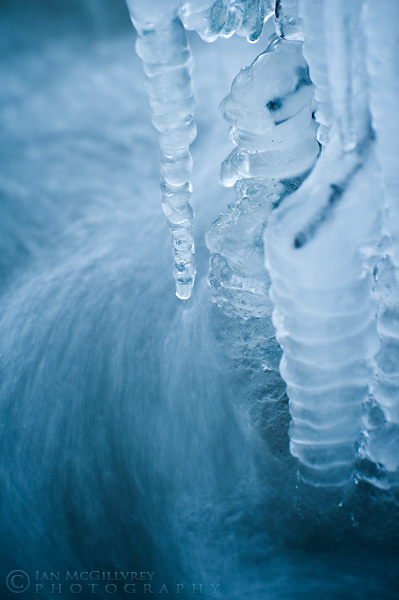